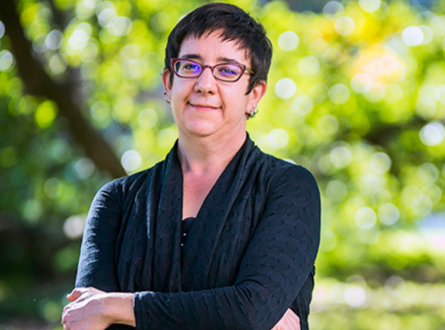 Amy E. Lesen is Research Associate Professor at the Tulane ByWater Institute at Tulane University in New Orleans. Lesen works on the coast and in urban estuaries. The overarching theme of her work is the interrelatedness between environmental and human social dynamics in coastal cities and coastal communities, and how those systems are influenced by climate and environmental change. Most of her current work focuses in New Orleans, Southeastern Louisiana, and the Gulf Coast. Lesen also does research and writing about the intersection between science and the arts, disaster resilience, informal science learning, scientific public engagement, science communication, participatory research, and interdisciplinarity. She was Associate Professor of Biology Dillard University, a small Historically Black College in New Orleans from 2007 until summer 2014. Lesen has a Bachelor of Science degree from the University of Massachusetts at Amherst in Marine Fisheries Biology and a PhD from the University of California at Berkeley in Integrative Biology with a concentration in biological oceanography and paleoceanography. She joined Tulane University in September 2014. Previously, she was an assistant professor at the Pratt Institute in Brooklyn, NYC from 2003 to 2007. Dr. Lesen was chair of the Biology Department at Dillard from 2009 to 2012.